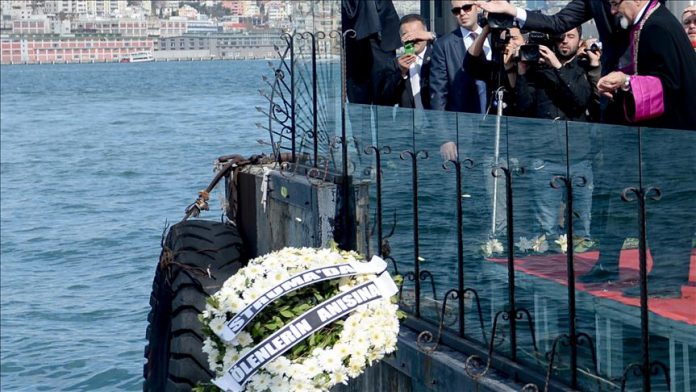 Turkey on Monday commemorated a World War II attack in the Black Sea, where 786 people died when a vessel carrying Jewish refugees was torpedoed by a Soviet submarine.

In a statement, Foreign Ministry spokesman Hami Aksoy said a ceremony was hosted by the Governorship of Istanbul, with the support of the Turkish Jewish Community, in remembrance of this tragic incident.

Aksoy said the commemoration ceremonies have been annually held at Istanbul’s Sarayburnu district on Feb. 24, since 2015.

“As we once again remember with the ceremony held today, at Sarayburnu, we commemorate with respect and honour the memories