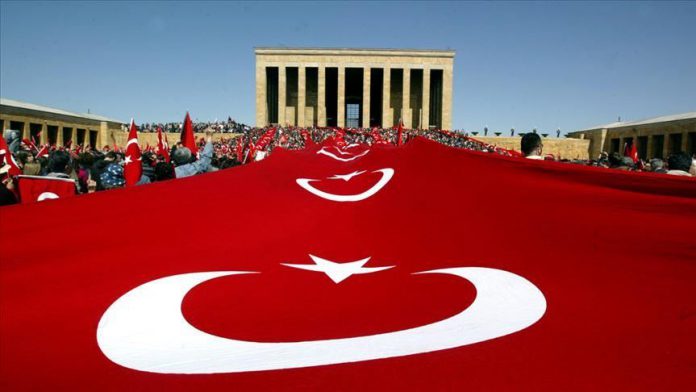 Turkish President Recep Tayyip Erdogan attended a ceremony at Anitkabir, the mausoleum of Ataturk, in the capital Ankara.

“We once again commemorate the Commander-in-Chief of the War of Independence, the founder of our Republic, our first President and Veteran Mustafa Kemal Ataturk, on 81st anniversary of his death,” Erdogan said.

“We will continue with all our strength to live, sustain, develop and strengthen our republic that we inherited from him,” he added.