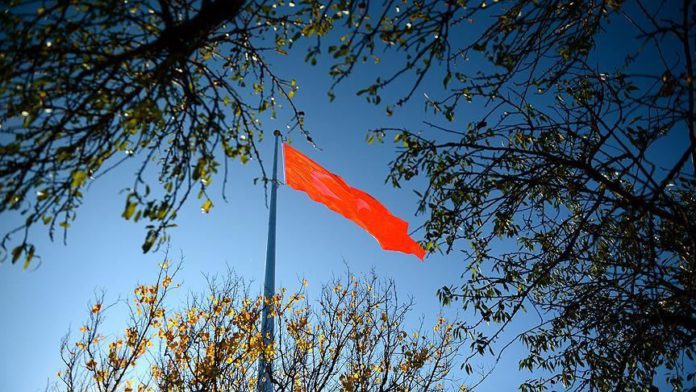 Turkey on Wednesday marked the 743rd anniversary of Turkish language.

In 1277, Mehmet I of Karaman, a central Anatolian province, declared Turkish as the official language of the Karamanid Dynasty.

Highlighting the importance of the language for the nations, Akgul underlined it is Turkey’s “greatest responsibility” to protect and develop Turkish language against the adverse effects of other languages.

Also, Karaman Governor Fahri Meral and Mayor Savas Kalayci laid a wreath on Ataturk monument in the city center as part of events marking the anniversary.

Separately, the statue of Mehmet I of Karaman opened with a ceremony in Alanya district of Turkey’s Mediterranean province Antalya.

Meanwhile, hailing the initiative of Mehmet I of Karaman, Kirklareli Governor Osman Bilgin said in a statement that the language is “undoubtedly” one of the most important cultural heritage for the protection of national values ​​and its transfer from generation to generation.

Located in south-central Anatolia, currently Karaman in Turkey, the Karamanid Dynasty was one of the most powerful Turkic dynasty in the 13th century.

Brent oil down 5% with Saudi, UAE to ramp up output