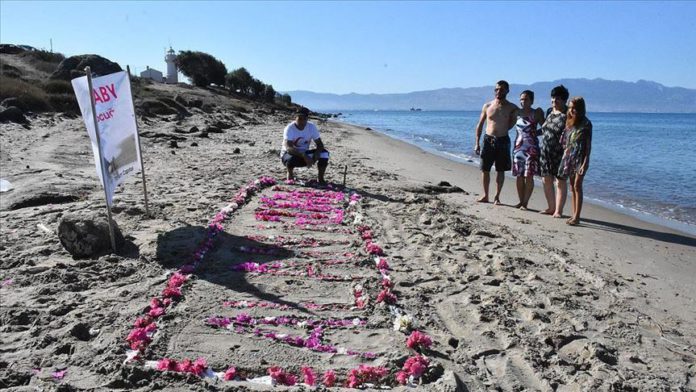 Turkey on Wednesday marked five years to the day since the body of 3-year-old Syrian refugee Alan Kurdi washed ashore, making headlines worldwide and becoming a symbol of the refugee crisis from the war in Syria.

The toddler had been on board a boat carrying 14 irregular migrants, five of whom died when it sank.

At a memorial held at Fener Burnu Beach, where his body was found by locals on Turkey’s Mediterranean coast of Bodrum, musician Karsu Donmez said losing a child is the most painful thing for a parent to bear.

No one leaves their houses, families, work, or the place they were born for no reason, she added.

Since then, over 5 million civilians have become refugees.

Turkey hosts 3.6 million of them, more than any other country in the world.

“When I saw that photo [of Aylan Kurdi], I couldn’t pull myself for two or three days,” said Donmez.

“There, I also saw a boy who looked like Alan. I said ‘You are very lucky’. Unfortunately, Alan was not that lucky.

“We didn’t just lose a little Syrian child, we lost a beautiful person in the world,” she added.

Donmez has also established a school for refugee children in Greece.

Turkey has given over 76.2M coronavirus vaccine shots so far