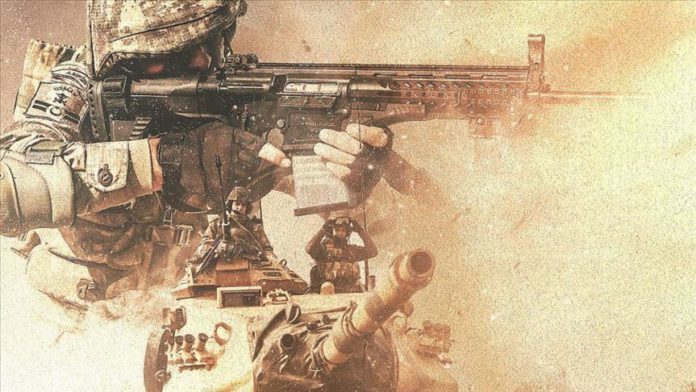 Turkey on Sunday celebrated the 2,229th anniversary of the Turkish Land Forces, one of the oldest armies in the world.

In a tweet, the Turkish Presidency said the country celebrates the 2,229th anniversary of the Turkish Land Forces.

It said the Turkish people remember all their martyrs and veterans with respect, mercy and gratitude.

In a statement, Vice President Fuat Oktay said he would like to celebrate the 2,229th anniversary of the Turkish forces.

He said the forces are the protector of the country’s security and the architect of the Turkish people’s glorious victories.

“I commemorate all our martyrs and veterans with gratitude and mercy,” Oktay added.

The ministry on Twitter said the Turkish Land Forces is an integral part of the glorious Turkish history and architect of blessed victories of Turks.

The Turkish Armed Forces always stands by the noble Turkish nation and under the command of them, it added.

Turkish Defense Minister Hulusi Akar in a written statement said: “Our land forces will successfully continue to fulfill all duties that will be given to them, as it has done so far, with the power of our noble nation’s love, trust and prayers.”

He added that the forces will continue to be a source of pride of the country.

The Turkish Armed Forces also celebrated the anniversary with a video footage on Twitter.

Hun Emperor Mete Khan’s accession to the throne in 209 BC is recognized as the foundation of the Turkish Army.

The organization model of the army, initiated by Mete Khan, was also used by other Turkish states in history, including Gokturks, Uighurs, Seljuks, and Ottomans.