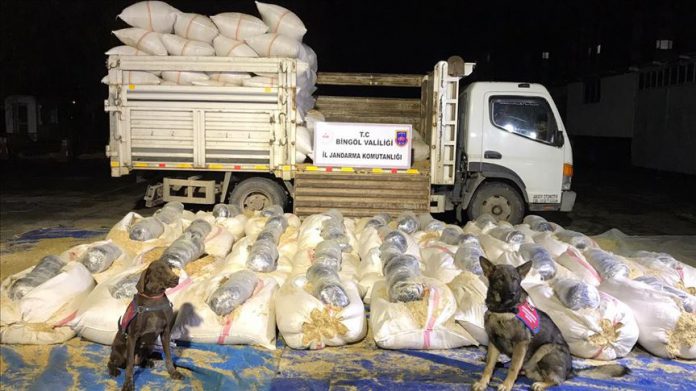 Security forces seized some 330 kilos (727 pounds) of marijuana hidden in a truck apparently full of hay in eastern Turkey, according to an official statement on Tuesday.

In a statement, the Bingol Governor’s Office said drones spotted the truck with marijuana hidden in hay bags near the central village of Celtiksuyu.

An operation backed by sniffer dogs uncovered the marijuana, and one suspect was arrested and was later remanded into custody.

The statement added that the fight against illicit drugs would continue across the province.