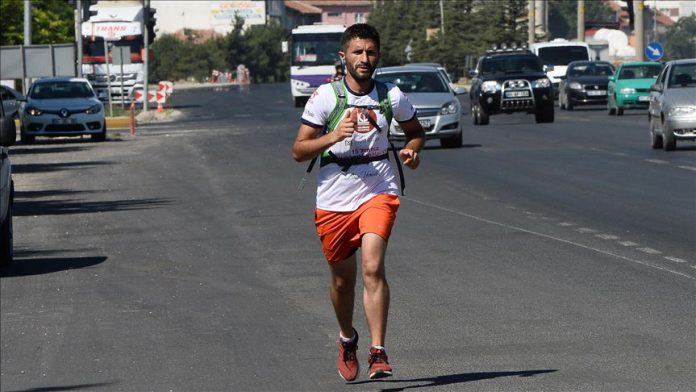 Ultra marathon runner Akin Yeniceli, who was discovered as an athlete while running with shepherd’s dogs and farm tractors in his village in Usak, western Turkey, dazzled viewers on Turkish TV with his funny memories.

Yeniceli attended Turkey’s Who Wants to be A Millionaire show and talked about his way to success in running, which was filled with funny memories. The video clip of the contest was shared on social media and went viral, being viewed by millions.

In his daily life, Yeniceli is a shepherd, attending to his sheep and his farm, but he also runs marathons.