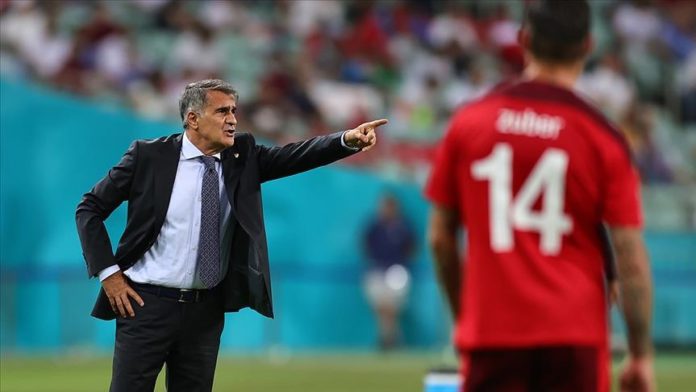 The Turkish national football team manager has said they are “sorry” for their failure in the UEFA EURO 2020 but he is not currently considering resignation from his job.

“We are sorry. We were aiming to go through (for the next round) from the group. We came here as we thought that we were able to do it,” Senol Gunes said late Sunday in a post-match conference at the Baku Olympic Stadium.

Turkey on Sunday were beaten by Switzerland 3-1 in their last group match in Baku, which meant the end of their EURO journey.

Gunes-led Turkey displayed a disappointing performance in the EURO 2020 finals, losing all their matches in Group A.

Turkey, who had great hopes ahead of the games, respectively lost to Italy 3-0, Wales 2-0, and Switzerland 3-1 to face early elimination from the tournament.

“Now I do not think about resigning or not. We (the team) did our job,” Gunes said.

Gunes has laid the burden on everyone as he said the media, football executives, and players are also responsible for Turkey’s failure.

Responding to a question, the 69-year-old said that in the wins or failures the manager should take the responsibility.

Referring to the group stage elimination, he said: “What should be done now? Is it resignation or continue to work? You (media) would consider much better.”

He added that the Turkish national team had a “difficult challenge” in this tournament.

“At least we should have succeeded it to qualify for the last 16. Sometimes failures can add bigger experiences. This group (national squad) will leave its mark on the Turkish football for 10 more years.”

Separately, Turkish midfielder Hakan Calhanoglu said they “all feel very sorry” but the team should learn from their mistakes.

“We earned some experience. Apparently, we have to take lessons from a lot of things. But we still have the 2022 World Cup ahead of us. We are on a good track there. We have to forget about this tournament quickly,” the 27-year-old player said.

Turkey are currently on top of the 2022 FIFA World Cup qualifying Group G with seven points after three matches.

Netherlands, Montenegro, and Norway are chasing them with six points each, while Latvia have one point.

Gibraltar bottomed the group, losing all their three matches so far.

The group winner will bag the Qatar 2022 ticket. The second-place team will advance to the European playoffs.

* Writing by Can Erozden in Ankara