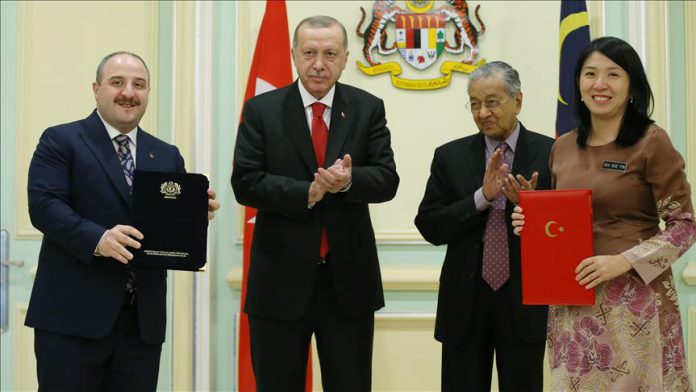 Turkish and Malaysian officials signed 15 agreements in various fields in the Malaysian capital Kuala Lumpur on Wednesday in the presence of both countries’ leaders.

The defense pacts were signed by Hulusi Akar, Turkey’s defense minister, and Mohamad Sabu, his Malaysian