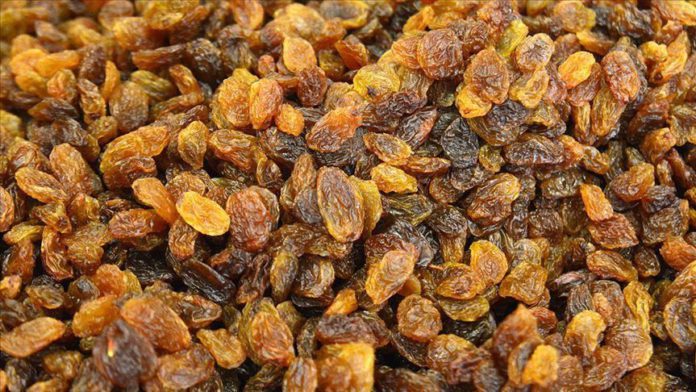 Turkey exported dried fruits worth $606.5 million in the first half of the year amid the coronavirus pandemic, according to data compiled from the Turkish Exporters’ Assembly (TIM) on Tuesday.

The dried fruits sector maintained its export volume to a great extent compared to the same period last year.

They were followed by dried apricots with $114.9 million and dried figs with $90.4 million.

In the first half of the year, the highest produce was of pine nuts showing a 55.8% increase and plum with a 50.4% rise.

A month-by-month analysis of the figures showed an increase in exports in March when Turkey’s first case of COVID-19 was reported.

The sector started the year with exports worth $114.1 million, a figure which grew to $123.6 million in March.

In April and May, when the COVID-19 measures were stepped up, exports fell gradually, declining to $104.1 million and $74.4 million, respectively.

By June, when many countries accelerated the normalization process, the sector increased its exports by 40.7% year-on-year to $89.5 million.