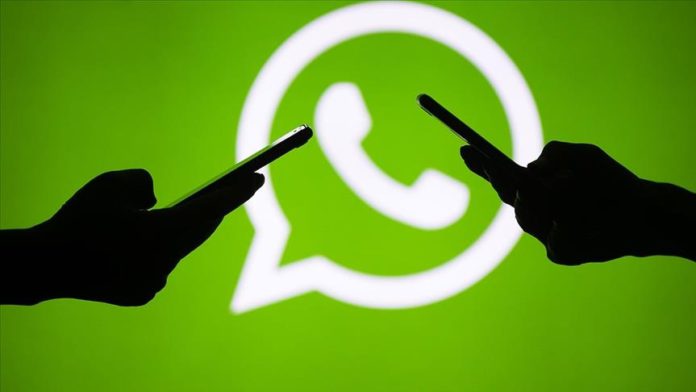 With Whatsapp obliging many users to agree to its new privacy rules, Turkish users avoiding it have switched to local instant messaging applications.

Among its distinctive features is the disappear message option which allows users to send messages safely and make them disappear on the receiver’s side in the time set by the sender.

With its emergency button, BiP allows users to share their location and situation with previously determined 10 people in case of a natural disaster both via BiP message and SMS. Its emergency feature allows access to emergency phones – like ambulance, fire brigade, police.

With some Chinese and the US companies reigning most of the digital area in the field of digital technology which is gaining importance day by day, “digital colonialism” has come to the fore across the globe in recent years.

Turkish President Recep Tayyip Erdogan had previously stated that he hoped new injustices and marginalization would not emerge through digitalization.

Over 100,000 posts were shared in a day in Turkey and the users were seen to have turned towards local instant messaging applications.

Although there are numerous apps for messaging, BiP, Dedi, Signal, and Telegram were among those that were mostly uploaded.

The messaging service Signal — which was launched in 2014 with the slogan: Say hello to privacy — stands out as one of the platforms users prefer over WhatsApp. The application, which started to be preferred by more users after 2019, was developed by a non-profit organization in the US, The Signal Foundation and Signal Messenger.

With WhatsApp losing power in app stores, another application that attracted attention was Telegram. The application, headquartered in London, was founded in 2013 by two Russian brothers, computer programmers Pavel Durov and Nikolai Durov.

The changes in Whatsapp include sharing personal data, such as account information, messages, and location information with Facebook companies. It said the app could not be used unless the terms are not accepted.

Following a backlash, WhatsApp announced that users in the “Europe Region” would not be affected by the update, as their data would not be shared with Facebook companies.

But according to the app’s website, the region in question only includes EU countries, effectively forcing users in Turkey to approve the conditions to continue using the app.