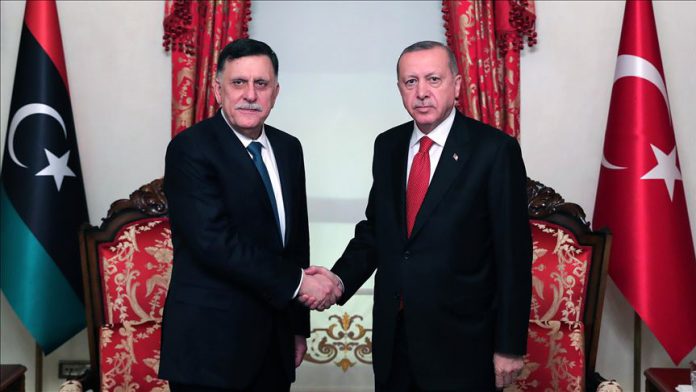 “The Security and Military Cooperation” and “Restriction of Marine Jurisdictions” agreements were signed when Turkish President Recep Tayyip Erdogan held a closed meeting that lasted 2 hours and 15 minutes with Fayez al-Sarraj, chairman of Presidential Council of Libya, at the Dolmabahce Palace in Istanbul.

The Directorate said the agreement is an effort to strengthen relations and cooperation between the two countries.