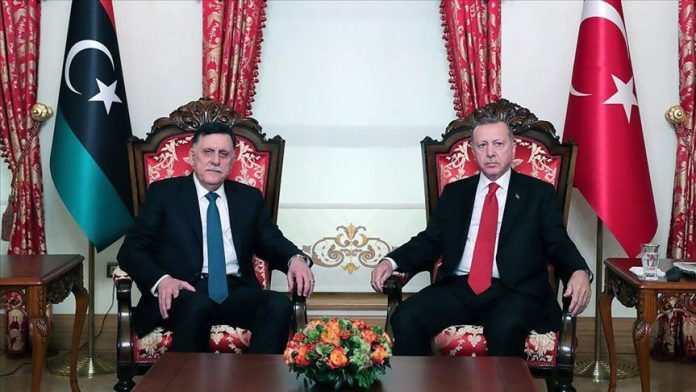 Turkey and Libya’s UN-recognized government have inked a memorandum on maritime boundaries to prevent any fait accompli in the Mediterranean Sea.

The agreement, Restriction of Marine Jurisdictions, determined a portion of Turkey’s maritime jurisdictions in the region and aimed at strengthening cooperation between Ankara and Tripoli.