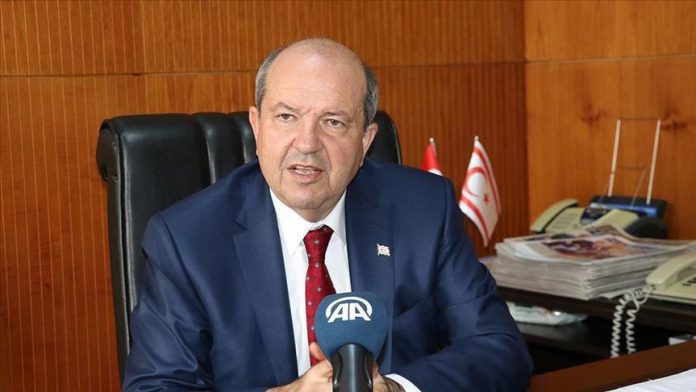 The maritime jurisdiction issue in the Eastern Mediterranean has acquired a new dimension, as Turkey recently signed an agreement with Libya, said the prime minister of the Turkish Republic of Northern Cyprus on Wednesday.

In an interview with Anadolu Agency, Ersin Tatar commented on the latest developments in the Eastern Mediterranean, Turkey-Libya maritime delimitation agreement, and the relations of the TRNC with Ankara.

Tatar said the Greek Cypriots of the island took unilateral steps and operated alongside international energy companies while attempting to isolate Turkish Cypriots.

The TRNC offered the establishment of a joint