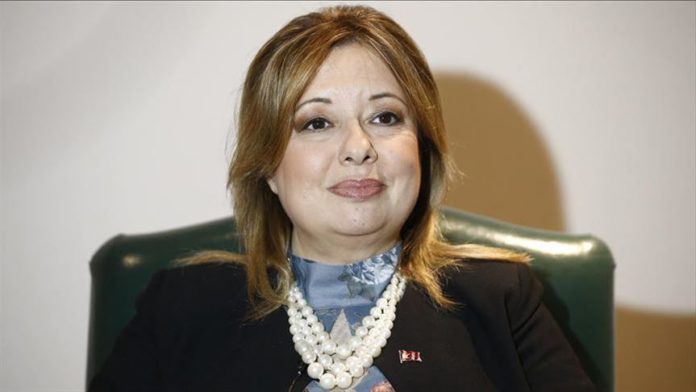 The international community will need to be able to adjust themselves and think outside the box in the post-coronavirus era, and Turkey set a good example for this, said a top Turkish presidential advisor on Saturday.

She said the West took the leading role worldwide, thinking it could fix problems, which laid the foundations for its actions in the Balkans and Gulf war.

But this order began to look like a failure as the West was not able to fix problems elsewhere, she said, as its work in both Syria and Libya fell short.

The COVID-19 pandemic is likely to accelerate the shift in globalization trends, she said, calling it a unique incident which made states think outside the box to be successful.

Stressing the conflict in the West between those seeking to maintain the global liberal order and far-right elements balking at this, she said Turkey used an alternative model.

She said Turkey is working to be a self-sufficient country acting independently in line with a “win-win” perspective, adding that the country is active in global trade but is less dependent on it.

Calling the pandemic period “challenging,” Aybet said there would be many opportunities for countries that think outside the box and the concept of power would change once the pandemic ends.

Turkey quickly adapted to the Syrian refugee crisis and gained significant experience, learning many lessons that later helped it overcome the pandemic crisis, she said.

Turkey hosts some 4 million Syria refugees, more than any other country in the world.

The rapid building of field hospitals near the Syrian border, for instance, was a valuable lesson for Turkey where virus-related death per million have been low compared to the countries with the most cases, Aybet said.

Even at the peak of the virus crisis, Turkey only used 60% of its healthcare capacity while European countries were short on intensive care units, she said, adding that Turkey also sent healthcare supplies to many countries including the US.

Aybet concluded that Turkey’s successful response proved the country’s effectiveness in the healthcare sector and that it has the potential to be one of the world’s leading actors in medical tourism.