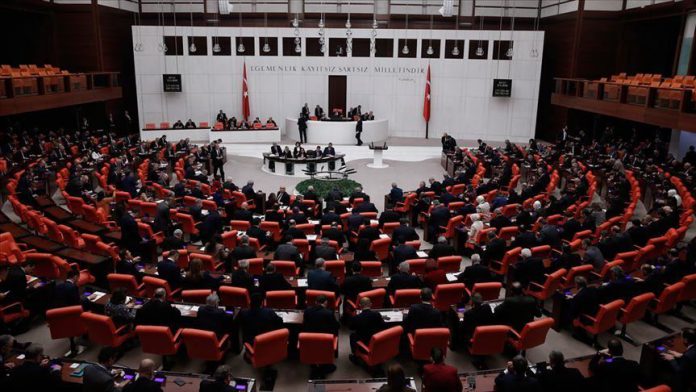 In a joint declaration, Turkey’s parliament on Wednesday condemned the U.S.’ so-called peace plan for the Middle East.

Describing the so-called “deal of the century,” as a “plan of instability and conflict,” Turkish lawmakers underlined that it excluded Palestinians, “one of the two parts” of the dispute between Israel and Palestine.

“[The plan] is against UN decisions and the perspective of the two-state solution,” the declaration said, accusing it of seeking to turn the occupation of Palestine into its annexation.

On Tuesday, Donald Trump released his oft-delayed plan, dubbed the “deal of the century” to end the Israel-Palestine dispute

'Turkey can benefit most from supply chain shift'