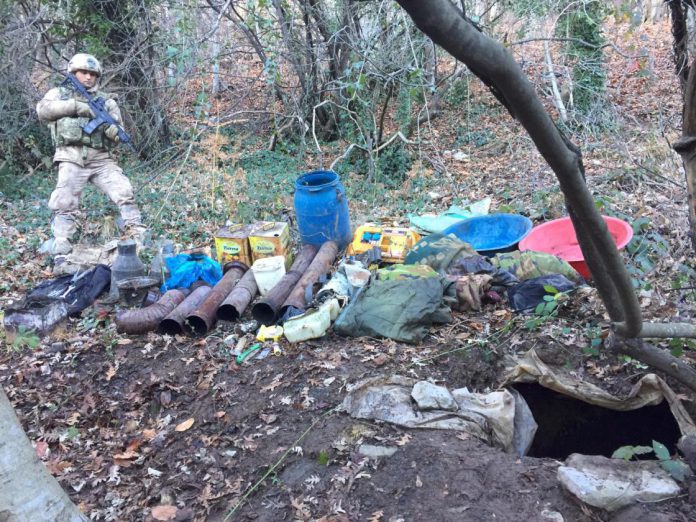 The gendarmerie command launched the counter-terrorism operation in the rural area of Hatay province, the ministry said in a statement.

A total of 623 security personnel, including gendarmerie and police forces, are taking part in the operation.

So far, a three-room shelter and three depots have been identified and an improvised explosive device and a large quantity of daily use items have been destroyed.

With Turkey ramping up its fight against terrorists, it launched on Saturday Operation KAPAN to eliminate terrorists in