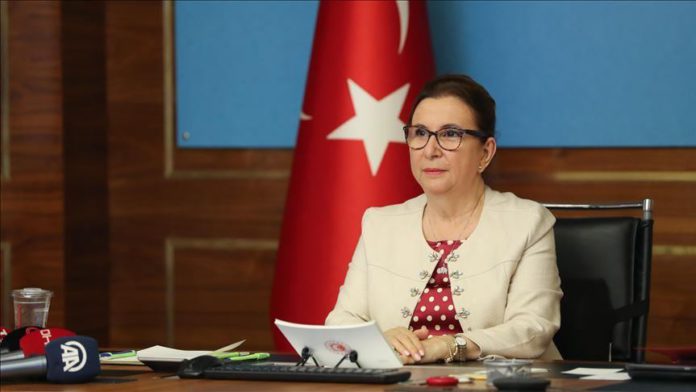 Turkey and Latvia on Thursday agreed to boost bilateral trade and investment ties, according to the Turkish trade minister.

The second JETCO meeting is planned to be held next week in Turkey, Pekcan noted.

Pointing to the current bilateral trade volume of $293 million, Pekcan said: “We identified the sectors where we can increase cooperation and bilateral trade and investment areas.”

Cooperation in various areas such as construction, industry, technology, culture and tourism, agriculture, transportation, education, science and technology were all discussed during the meeting, she stressed.

Noting that the two sides are encouraging increased bilateral investments, Pekcan stressed that Turkey has investments worth $91 million in Latvia while Latvia has $77 million worth in Turkey.

Turkey also sought Latvia’s support for updating its Customs Union with the EU, as the current agreement does not include e-trade, services, or the digital economy, areas whose importance grew during the coronavirus outbreak.

Touching on the importance of tourism for Turkey, Pekcan said: “We want flights between our two countries to restart.”

Turkey is safe for investments

Ismail Gulle, the head of Turkish Exporters’ Assembly, said Turkey is the number 25 country among Latvia’s main import destinations but it should be higher.

“We will keep up this acceleration and work to reach a target of $1 billion,” Gulle noted.

Nail Olpak, the chair of the Foreign Economic Relations Board of Turkey, said Turkey is a safe country for trade and investment and that the country proved its trustworthiness in the pandemic period.