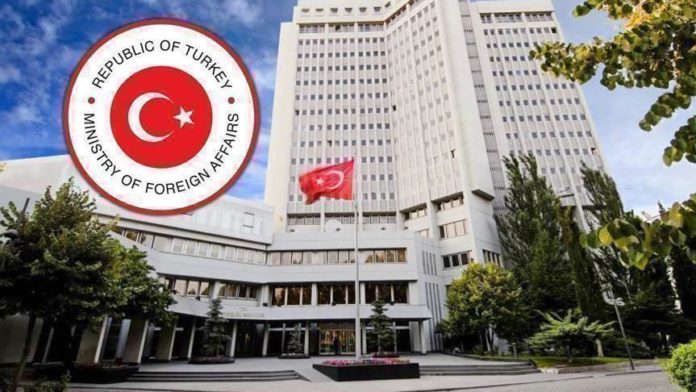 The ministry pointed out in a statement that there was no such organization of a movement called the “Gray Wolves,” which was banned by the French government on Wednesday.

France’s “imaginary decision,” as if such a movement and formation existed, is the “final manifestation of the contradictory psychology of the country,” said the ministry.

However, it added, it is unacceptable to ban cultural symbols used in many countries around the world, which are extremely common and have no illegal dimensions.

The freedom of association, expression and demonstration of the Turkish community in France should be protected within the context of universal human rights and regulations, stressed the ministry.

The decision shows that “the French government has become completely captive of the Armenian circles,” it noted, saying that France ignores “the rising incitement of the fanatical Armenian diaspora” within its borders, as well as threats and attacks targeting Turkish people and diplomatic missions in recent months.

According to the ministry, “the provocative and hypocritical decision of the French government” was reminiscent of the country’s bad record in fighting terrorist organizations groups, including, in particular, the ASALA group, which martyred Turkish diplomats, as well as the PKK and Fetullah Terrorist Organization (FETO), which have received protection and support from France.

The ministry also accused the French government of tolerating associations affiliated with the PKK and FETO that have been operating openly across the country for years and of leaving unpunished violence against the Turkish community and interests on the grounds of freedom of demonstration and expression.

France announced on Wednesday that the alleged group known as the Grey Wolves would be dissolved.

The decision came amid heightened tensions between France and Turkey in recent months.