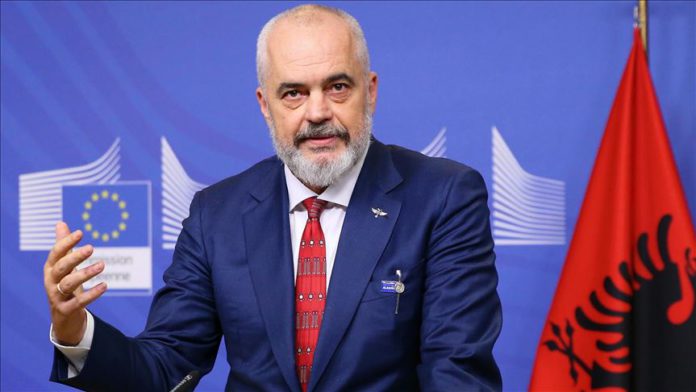 Turkey is a key country that can safeguard Europe’s security, the Albanian prime minster said Wednesday, as he urged for dialogue between Ankara and Athens.

Speaking at a conference organized by British magazine The Economist in the Greek capital, Edi Rama said his country has a strategic partnership with both Greece and Turkey.

“Turkey-Greece relations have the potential to be beneficial for Europe. Turkey is key to Europe’s security, just like Greece is of crucial importance to Europe’s borders,” he said.

The premier called for talks between the two governments amid high tensions since Turkey resumed energy exploration in the Eastern Mediterranean last month.

“Nothing is easy but constructive relations between Greece and Turkey can add value to the entire Europe.”

He referred to the North Macedonia-Greece deal over a decades-long name dispute, saying the “historic development” carries a lesson for everyone. Last year, both the countries set aside their differences and agreed to rename Macedonia as the “Republic of North Macedonia.”

Rama said Western Balkans, which besides Albania includes Bosnia and Herzegovina, North Macedonia, Montenegro, Serbia, and Kosovo, have no other alternative than being a part of the EU.

On Greece-Albania relations, the Albanian leader said he is in favor of resolving maritime border disputes through international courts or a “friendly assistance of a third party.” “It can be fair and objective,” he said.

Ukraine cannot tolerate war, which should be thing of the past:...