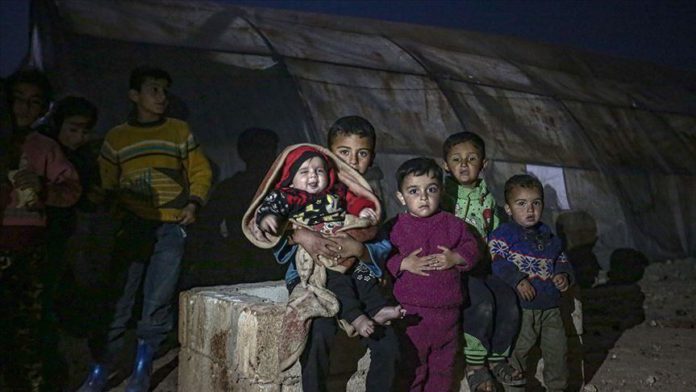 The humanitarian situation in Syria remains alarming as it enters the 10th year of civil war, said a UN spokesman.

“There has been a reduction in fighting (in Syria), but that has not solved the problem for about 2.8 million people that are there who need our support. To help them, Turkey is a key player,” Jens Laerke, spokesman for the UN Office for the Coordination of Humanitarian Affairs (OCHA) told Anadolu Agency in an exclusive interview.

He said the country also helps the UN deliver aid in Syria.

Laerke said that despite a reduction in fighting, the situation has not improved for most Syrian civilians.

With the COVID-19 pandemic, the economy is worsening and food prices rising, he said.

“The war in Syria is entering its 10th year, which is the same amount of time as WW1 and WW2 combined, that is amazingly long,” Laerke said.

This year, the UN is asking for $3.8 million to help Syria, in terms of shelter, food, and health services, he added.

Another appeal by the UN will aim to help Syria’s neighboring countries, and Turkey is among them, according to Laerke.

The total amount of this appeal will be $5-6 billion.