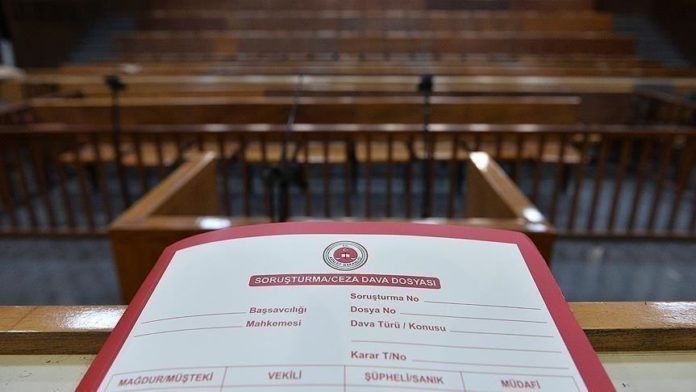 A former lieutenant in Turkey who sent bombing instructions to F-16 jets that attacked government buildings in the capital during the failed coup attempt of July 15, 2016 received 79 aggravated life sentences and over 3,900 years in prison, according to details of the case revealed last week.

In a trial last week of officers at the Akinci Airbase, which served as a headquarters for the failed coup attempt by the Fetullah Terrorist Organization (FETO), a court in Ankara on Thursday handed down aggravated life sentences to several individuals, including former lieutenant Mustafa Mete Kaygusuz and civilians who helped plot and carry out the scheme.

According to the indictment prepared by the Ankara Chief Public Prosecutor’s Office regarding the activities at the Akinci Base during the attempted putsch, FETO’s “civilian imams” Adil Ozturk, Kemal Batmaz, Hakan Cicek, Nurettin Oruc and Harun Binis commanded the coup attempt and putschist military officers transmitted the locations for air strikes to Ahmet Ozcetin and Mehmet Fatih Cavur.

Ozcetin and Cavur then conveyed these directions to Ahmet Tosun and Mustafa Mete Kaygusuz of the 141st Squadron, who consequently transferred them to rogue pilots.

One day after the coup attempt was suppressed, Kaygusuz, who was caught on the highway while escaping from the lodgings at the Akıncı Base, smashed his mobile phone.

During his interrogation by prosecutors, Kaygusuz confessed his affiliation with the terror group since 1996 and expressed regret over his participation in the defeated coup.

“After the events of July 15, I realized how dangerous and insidious the organization was,” he said.

Detailing the events and his role during the defeated coup, he confessed that it was him who relayed orders by former colonel Ahmet Ozcetin to attack the police headquarters, Turkish General Staff headquarters and Kizilay Square to rogue pilots.

Denial during the trial

Kaygusuz, however, during the trial, denied the testimony he gave to prosecutors.

He argued that the voice recordings in which the pilots were given bombing instructions did not belong to him. ​​​​​​​

“The voice may or may not be compared to my voice, but I did not make the speeches that were transcribed in the indictment on July 15 and 16. These are not mine,” he claimed.

He claimed he did the things he did because he thought the actions of that night were part of a counter-terror operation.

The following are excerpts from the recorded radio communications between Kaygusuz and the rogue putschist pilots.

Mustafa Ozkan: Can you confirm the coordination for the Aslan 4-2 call code?

In that night’s recorded radio communications, it is clear that Kaygusuz also ordered the attacks on the Ankara police headquarters, the Turkish General Staff headquarters and Kizilay Square. His enthusiasm and encouragement given to the rogue pilots were particularly noteworthy.

The Turkish court handed 79 aggravated life sentences to Kaygusuz for attempting to topple the constitutional order, attempting to assassinate the president and martyring 77 people.

The remaining cases continue in Ankara, Istanbul and seven other provinces.