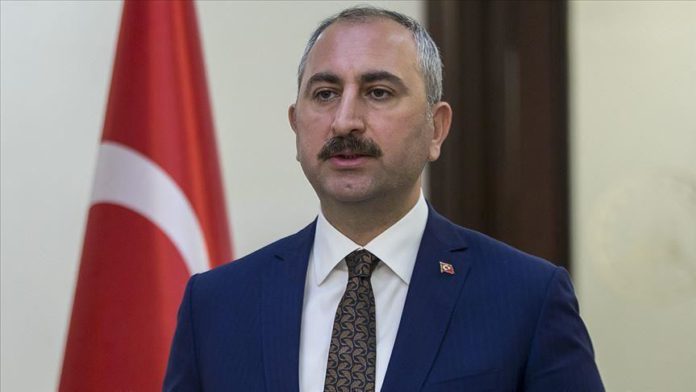 Turkey’s justice minister on Monday slammed an insulting and defamatory headline in a Greek newspaper about President Recep Tayyip Erdogan.

In a letter to his Greek counterpart Konstantinos Tsiaras, Abdulhamit Gul stressed that he “strongly condemned” the unacceptable and despicable headline in Greek daily Dimokratia.

He highlighted although it was presented as being covered by freedom of the press, the headline had nothing to do freedom or peaceful intentions.

Gul said he believes Greek authorities will approach the matter sensitively and immediately take necessary actions under the rule of law towards the paper’s unacceptable article.

He added that he hopes Turkish-Greek relations will keep improving without compromising the law against this mentality, which aims to sabotage bilateral ties.

Earlier today, Erdogan’s lawyers filed a criminal complaint against the management of the Greek daily and prosecutors in the capital Ankara launched an investigation into Dimokratia.