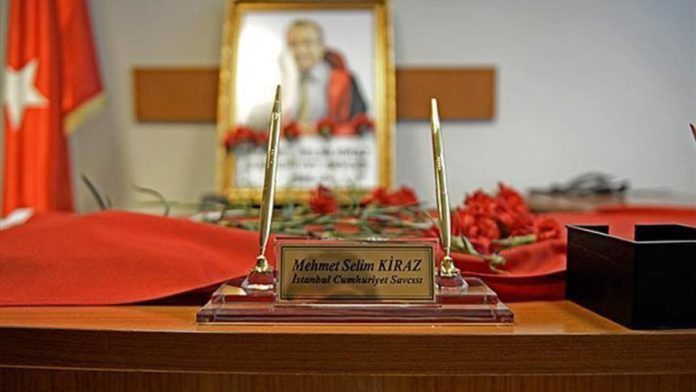 Turkish minister of justice on Wednesday commemorated Mehmet Selim Kiraz, a jurist martyred in 2015 in the course of duty by far-left terrorists.

“I remember our public prosecutor Mehmet Selim Kiraz, who was martyred on March 31, 2015 in a heinous terror attack, with respect and gratitude,” Abdulhamit Gul said on Twitter.

Two far-left DHKP-C terrorists posing as lawyers took Kiraz hostage in his office at an Istanbul courthouse and shot him. Hours of negotiations proved fruitless and he was shot in the head.

Separately, a commemoration event was held in Istanbul in remembrance of the fallen jurist.

The DHKP-C is responsible for numerous terror attacks in Turkey including the 2013 attack on the US Embassy in Ankara, which left a Turkish security guard martyred and a Turkish journalist injured.

The far-left group is listed as a terrorist organization by Turkey, the US and the EU.