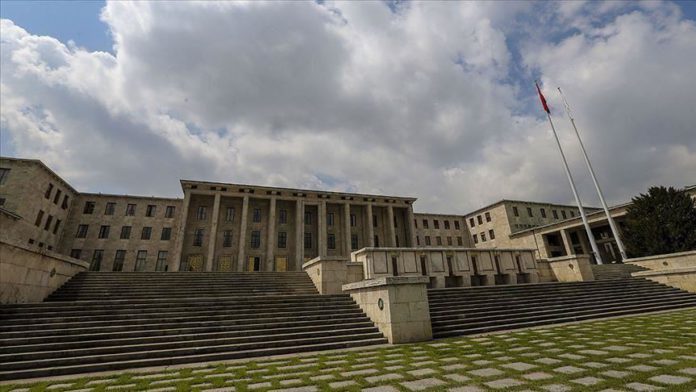 The Turkish parliament on Tuesday issued a report elaborating on religious and cultural problems faced by the Turkish minority in Greece.

The report by the Department of Research Services also examined the difficulties in protecting joint heritage sites in the southeastern European country, such as a 600-year-old Ottoman-era mosque in Didymoteicho.

Built in 1420, the Celebi Sultan Mehmet Mosque was severely damaged in a 2017 fire.

Turkey repeatedly offered cooperation to restore the mosque but to no avail.

“Despite the positive steps taken by the Greek authorities, the joint cultural heritage in Greece has not been protected as required,” it said.

The research argued that some restoration works by Greek authorities have destroyed the real character and architectural aspects of structures.

It said that Turkish groups in Western Thrace and the Dodecanese Islands did not have control over their religious foundations, which negatively impacts the struggle to protect historical sites.

“Absence of any mosque in the Greek capital Athens, and the country’s second-biggest city of Thessaloniki draws a reaction from the Turkish minority. Athens is the only European capital that has no mosque.”

Decades of Greek mistreatment towards the group has been ignored by the European Union, even as it violates international treaties, high court rulings, and the 27-member bloc’s own rules.