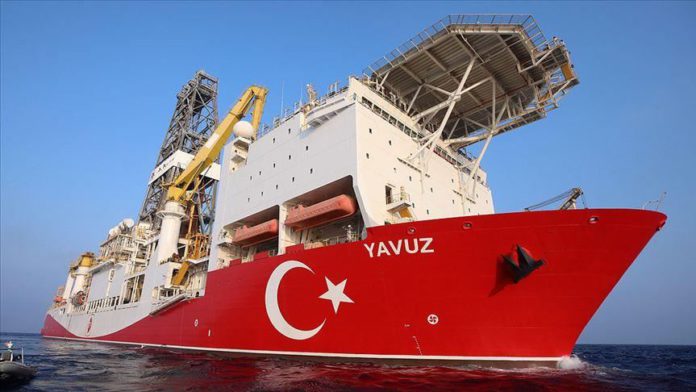 Turkey on Saturday issued a new alert announcing that its drill ship Yavuz will continue its work exploring for energy resources off the island of Cyprus.

The international maritime alert or Navtex said that the drill ship will operate between Aug. 18 and Sept. 15 along with the Ertugrul Bey, Osman Bey and Orhan Bey vessels in the Eastern Mediterranean, southwest of Cyprus.

“It is strongly recommended not to enter the working area,” the Navtex warned.

Following the Navtex for the Yavuz, the Greek Cypriot administration of Southern Cyprus published a “counter-Navtex.”

According to Greek radio, the administration claimed Turkey’s new Navtex is unauthorized and invalid, and the Yavuz drilling and its accompanying vessels’ activities in the region are illegal.