Authorities in the southern Adana province are seeking the detention of the suspects, including several dismissed police personnel in Adana, Mersin and Istanbul.

The suspects are accused of providing money and supplies to FETO and being involved in its regrouping, said the source, who asked not to be named due to restrictions on speaking to the media.

The police have launched operations to arrest the suspects.

So far, 18 of them have been arrested by police; the search for others is ongoing. The arrested suspects have been referred to the local police headquarters in Adana after medical examination. 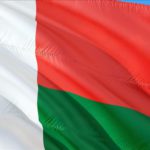 July 6, 2020
ANKARA Madagascar authorities have imposed a total lockdown in the Analamanga region due to the rise in coronavirus cases, the presidency said in a statement. Analamanga... 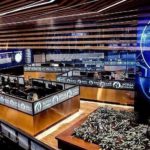 July 6, 2020
TRIPOLI  The head of Libya’s national oil company has said foreign forces entered the Sidra Oil Port in the east of the country and that... 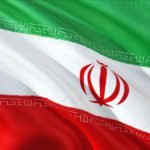 July 6, 2020
TEHRAN The US administration has upped the ante to seek the extension of a UN embargo on conventional arms sale to Iran, much to the... 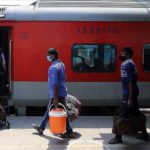 July 6, 2020
BUENOS AIRES/ANKARA Brazil on Monday reported 602 COVID-19 fatalities, while 273 more patients died in Mexico over the past 24 hours. The death toll in Brazil...

Turkish football leagues may start in June at earliest