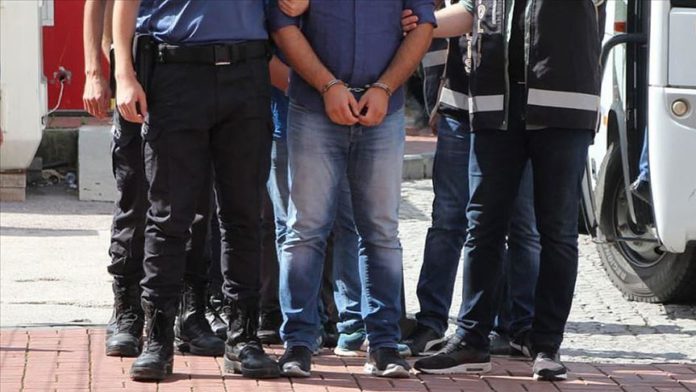 Turkish prosecutors issued arrest warrants on Tuesday for 141 suspects including active-duty soldiers across the country over their alleged links to the Fetullah Terrorist Organization (FETO), the group behind the 2016 defeated coup attempt, said the security sources.

Police launched simultaneous operations, including in Istanbul, Izmir and the capital Ankara, said the sources, who asked not to be named due to restrictions on speaking to the media.

In Istanbul, prosecutors issued arrest warrants for 62 suspects, including active-duty soldiers in the Turkish Armed Forces.

Police launched simultaneous operations across 16 provinces and arrested 30 of them.

In Ankara, arrest warrants were issued for 25 suspects, 21 of whom had previously been dismissed from the Air Force.

Operations are being carried out in 14 provinces to arrest the suspects.

Meanwhile, prosecutors in the Aegean coastal city Izmir issued arrest warrants for at least 54 suspects, including 30 active-duty soldiers, who stand accused of periodically making contact with terror affiliates via payphone.

In simultaneous operations across 40 provinces, 41 of 54 suspects have been detained.

The sources said 30 of the suspects who were taken into custody were actively serving in the Turkish Armed Forces and 11 had been dismissed before.

The operations are ongoing to apprehend the other suspects