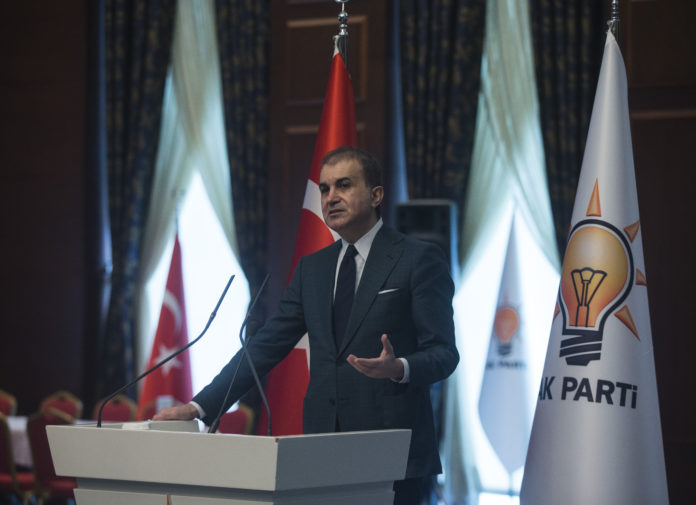 Being self-sufficient in medical equipment is as important as being so in the defense industry, and being a strong country in the provision chain will be one of Turkey’s many advantages, Omer Celik, spokesman for the ruling Justice and Development (AK) Party, said Tuesday.

Speaking at the party’s central executive board meeting via video conference, Celik recalled President Recep Tayyip Erdogan’s remarks that “vaccines should be the common property of all humanity” and reminded that according to the World Health Organization, one of the biggest crises in the future will be distribution problems with vaccines.

Turkey’s fight with virus has been exemplary

Celik said Turkey is en route to a normalization process as announced by President Erdogan yesterday, and further changes will be made as the number of cases and deaths continues to decrease.

He said the Turkish people are content with the healthcare and social services they have been receiving in this crisis.

Meanwhile, Celik criticized the latest International Religious Freedom Report prepared in the US.

“It looks like propaganda text, and especially evaluations about Turkey and the minorities are wrong and unfair.

“This report defines the Operation Peace Spring region as an occupied area, which should be condemned. Turkey cleared this area from terrorists and saved the people from suffering,” he said.

The US Commission on International Religious Freedom published a report last week which recommended that the US government include Turkey on its “Special Watch List” for engaging in or tolerating severe violations of religious freedom.

“We have seen the extraordinary work of our engineers in producing ventilators and other medical equipment for virus treatment,” he said.

The number of patients in Turkey in intensive care units and on ventilators has dropped and a total of 73,285 people have recovered so far from the novel coronavirus, including 5,119 on Tuesday. The country also reported 59 more deaths, bringing the toll to 3,520.

More than 3.6 million cases have been reported worldwide, with the death toll surpassing 257,000 and more than 1.1 million recoveries, according to data compiled by Johns Hopkins University in the US.