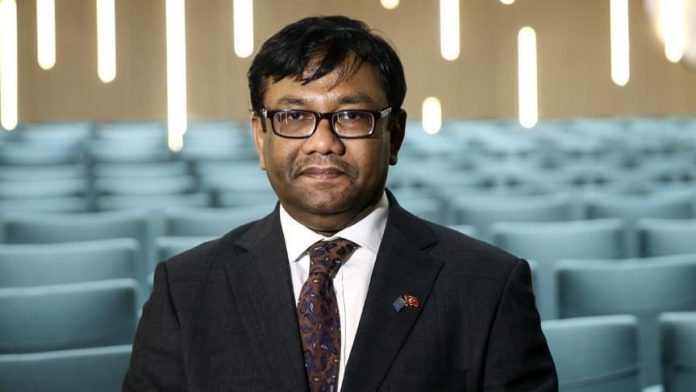 Just hours before saying goodbye to Turkey’s capital Ankara, Bangladesh’s ambassador – a fan of Turkish cafe culture and an enthusiastic nationwide trekker – told of his love and passion for the country.

“Two things I will miss after leaving Turkey: Cafe culture and night-time travel on highways in Turkey,” said M. Allama Siddiki, the outgoing Bangladeshi ambassador to Turkey, who completed his five-year term.

“I like the style of Turkish people’s cafe culture, I like the ambiance, the environment of cafes here,” he told Anadolu Agency as he sipped from his coffee in a renowned coffee shop in Ankara’s Oran district.

“Secondly, I would miss traveling on the highways at night. You know there is not much car on the road. It is dark, your car is running through the silence of night on the smooth, safe, and well-developed road with music. That makes a fabulous environment.

“There are cafes or small facility is everywhere. So, traveling through roads at night was amazing for me.”

Siddiki, one of the longest-serving Bangladeshi envoys in Ankara, has traveled a total of 160,000 kilometers (some 99,500 miles) in Turkey. He visited almost every corner of the country.

He also witnessed the worst bilateral relations between Ankara and Dhaka in the early months of his term, however, he worked hard to promote the relations and succeeded in it.

Despite the language barrier, he felt no difficulties while working with Turkish officials, locals, business people.

“Because Turkey is now my second home. I love Turkey. And I would be missing Turkey and its people, very, very much,” he said in an impassioned tone.

Months after appointed in January 2016, Siddiki had to go back to Bangladesh for three months due to strained relations between two countries over Dhaka’s hanging of an Islamist leader on charges related to war crimes. That has been the lowest level of bilateral ties since the diplomatic relations was established in 1974.

Ties between Dhaka and Ankara started to thaw after the July 2016 defeated coup in Turkey when Bangladeshi Prime Minister Sheikh Hasina expressed strong solidarity with Turkish President Recep Tayyip Erdogan and the Turkish people against the coup plotters.

The second strong step in rebuilding ties came from Ankara in 2017 when Turkey voiced “unequivocal support to Dhaka on Rohingya refugee issue.”

Bangladesh, the most densely populated country in the world, set an example of humanity sheltering over 750,000 Rohingya Muslims who fled state persecution in Myanmar’s western Rakhine state.

Since then the bilateral relation got momentum as several top officials of the two countries paid reciprocal visits to both capitals, signed several agreements, and shared a common view on taking relations to a new high.

“The latest example of them was that our Honorable Minister of Foreign Affairs A.K. Abdul Momen visited Ankara last month,” Siddiki added.

During his visit, Momen, along with his Turkish counterpart Mevlut Cavusoglu, inaugurated the newly built Bangladeshi embassy building in Ankara. Bangladeshi Prime Minister Sheikh Hasina also attended the event from Dhaka via video conferencing and extended her warm invitation to the Turkish president and the first lady to visit Bangladesh.

Erdogan, in a meeting with Momen a day later, also expressed optimism over his visit to the South Asian country earlier next year, the Bangladeshi Foreign Ministry said.

“All these developments show our relations are back on the track,” he added, noting that he is leaving Turkey with the contentment of bringing relations back to a good level.

Siddiki, who was appointed as the new Bangladeshi ambassador to Denmark, sees the current level of bilateral ties with Turkey “robust and promising.”

During his period in Ankara, Siddiki and his diplomatic team completed the construction of the Bangladeshi embassy chancery, published three books on Bangladesh in the Turkish language, and held dozens of seminars, panels, business meetings, and official talks.

He is optimistic about more cooperation in the private sector, through investment.

“Our relations with Turkey should continue to be more and more strong,” and these stout bonds should not anger other countries.

“Bangladesh is not becoming friendly to Turkey at the cost of its relations with other countries. And Bangladesh does not want to see any kind of sharp reaction from other brotherly or friendly countries because we are seeking more engagement with Turkey.

Siddiki hoped to see more cooperation between the two nations and more Turkish investments in Bangladesh. “Bangladesh is a goldmine for foreign investors and traders. We are very friendly to Turkey. Turkey is also friendly to us. So, we should do more together in education, culture, economy, trade, and industry.”

He also touched upon the dazzling growth of Turkey in the last two decades. “Turkey has been doing well for the last 17-18 years economically. There were challenges as we know, still, there are many challenges for the Turkish economy. But Turkey is doing very well.”

He also praised the Turkish president’s “outstanding” performance as he “has been able to really steer its people towards a nice direction.”

“And he has a firm commitment to the problems and difficulties faced by Muslims around the world. This is kind of a special feature of his leadership.”

He called “Turkey in many ways a good example for many other modern Muslim countries to follow.”

He also called on his countrymen “to come to Turkey for a visit.”

“Turkey is a very nice country, very beautiful country, and the Turkish people are very beautiful people. So, I would ask them [Bangladeshis] to come and visit Turkey and see the opportunities waiting for them in this country, in the form of trade as an investment, as students, or as scholars.”

Siddiqi also pointed out that Turkey is quite popular among Bangladeshi people, mainly due to Turkish TV series. Many Turkish dramas have been airing on Bangladeshi TV channels. The ambassador, who is a fan of history, watched some episodes of Resurrection: Ertugrul and the Magnificent Century also known as Sultan Suleiman.

“As a fan of history, I think the Sultan Suleiman TV series was not made as the history was. It was more like a social drama. And it was not very much true to the original history of Suleiman the Magnificent.”

In the case of the Resurrection: Ertugrul series, which attracted millions of viewers in the Indian subcontinent, Siddiki found it “more true to the history books.”

Resurrection: Ertugrul, set in the 13th century Anatolia, modern-day Turkey, is based on stories of the Muslim Oghuz Turks, fighting Christian Byzantines, invader Mongols, and Crusaders.

The series featuring Ertugrul Ghazi — warrior and father of Osman who laid the foundations of the Ottoman Empire — depicts the struggles, tyranny, oppression, suffering, identity, and justice of Kayi, a minor group of a Turkish tribe of 2,000 people.

“I would say that Ertugrul Ghazi was a very adventurous and very initiative person with a lot of ingenuity and energy. And he was one of the pioneers who brought the Turks into Anatolia successfully.”

From the life of Ertugrul Ghazi in the series, “we can learn how an industrious, hardworking man can change the destiny of his people.”

Citing the long and glorious history of Ottomans, Siddiki highlighted the warm relations of the Ottoman Empire with the Indian subcontinent as well as the relations of Bangladesh with modern Turkey. He also pointed out that bilateral relations in trade, economy, culture, education, technology, defense, health care, and agriculture could be developed.

According to the Bangladeshi diplomat, Turkey has done quite well in mitigating the challenge against the COVID-19 pandemic. Despite the public suffering and economic losses, Ankara has handled the issue successfully compared to other countries in the region, Siddiki said.

“The treatment response has been quite varied. Moreover, Turkey was also sending support to many other countries, 140 countries in the world. Turkey is facing problems at home due to COVID-19, like other nations, but it is also supporting others. That’s very good.”

“And, economically, I don’t think that Turkey has been very badly affected by the pandemic. Yes, it has also been affected, but not very bad, because I see that its exports are now growing again.”

Message to Bangladeshi students in Turkey

Siddiki has always kept strong links with Bangladeshis in Turkey, particularly with students, who make up 90% of the little Bangladeshi community.

He likes to mingle with young people and discuss various issues with students, including the history of Bangladesh, its culture, religion, future, and progress.

He believes that young people have sometimes more bright ideas. “Mixing with a young population of people means you can gain a lot of energy from them.”

“Bangladeshi students are basically doing good here. They are well-mannered, they are hardworking, they are peace-loving and also, they have some opportunities in Turkey,” Siddiki opined.

He mentioned that in the last three years Bangladeshi students succeeded be named among the top 20 foreign students in Turkey to be honored with the presidential award in the country. “Also, there are five Bangladeshi students-turned-teachers in different Turkish universities.”

He encouraged Bangladeshi students “to do much better than what they are doing now.”

He also called on the Turkish authorities to provide opportunities to more Bangladeshi students.

“There may be a lot of cooperation in the education sector. Because every year Bangladesh sends about 25,000 students abroad. Out of them, only maybe 50 are coming to Turkey. That is not fair. Turkey should see how they can draw more Bangladeshis. Because they are young, very intelligent, and very hardworking.” 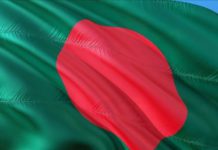 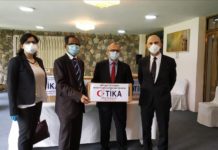