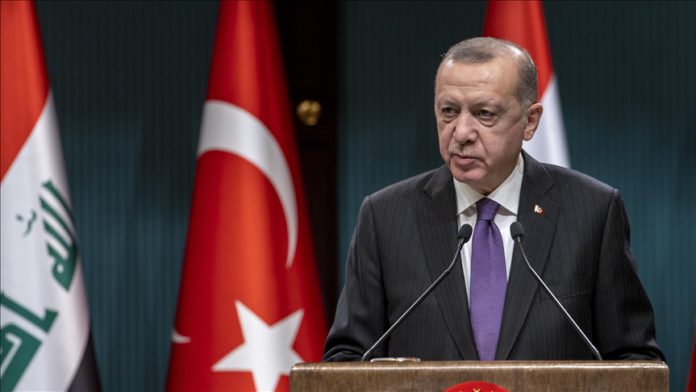 Turkey and Iraq agreed to continue fighting terrorists trying to disrupt peace and stability in their common region, the Turkish president announced Thursday.

Erdogan said terror groups such as Daesh, also known as ISIS, as well as the PKK and Fetullah Terrorist Organization (FETO), were “common enemies” of both sides and underlined that separatist terrorist aims had no future in Turkey, Iraq or Syria.