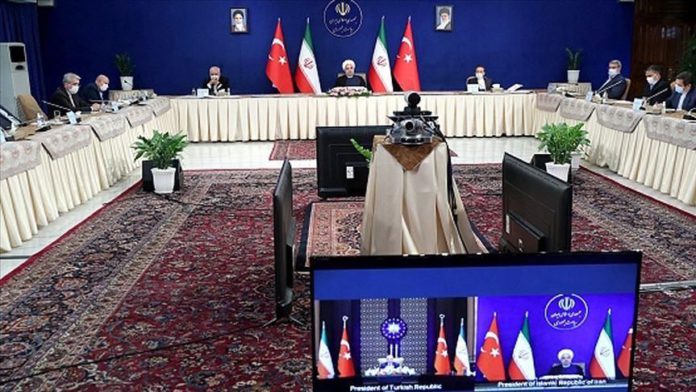 Turkey and Iran reiterated their commitment to developing new economic cooperation areas for reversing contraction in the bilateral trade volume, according to the joint declaration issued by the countries following the 6th Turkey-Iran High-Level Cooperation Council meeting.

The countries agreed to take steps, including joint operations against PKK and PJAK — Iran-based offshoot of the PKK terror group — as well as other terrorist organizations.

The virtual meeting was co-chaired by Turkish President Recep Tayyip Erdogan and his Iranian counterpart Hassan Rouhan, according to Turkey’s Communications Directorate.

The previous council meeting was held in 2018.

In its more than 30-year terror campaign against Turkey, the PKK — listed as a terrorist organization by Turkey, the US, and EU — has been responsible for the deaths of some 40,000 people, including women, children and infants.