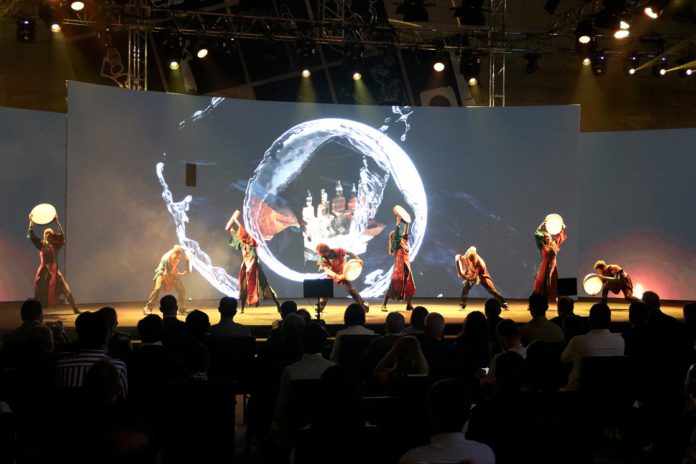 Turkey introduced a promotional program Sunday for the “Mesopotamia” brand, which was created to promote the tourism potential of the southeastern Anatolia region to the world.

Speaking at the event, Minister of Culture and Tourism Mehmet Nuri Ersoy said Turkey has the richest and most unique homeland in the world with its history, culture and geographical structure.

“We will implement tourism investments in each province [of the region] in the most accurate and successful way, step-by-step, and we will give these lands a new identity in terms of culture and tourism,” Ersoy said.

Noting that the southeastern Anatolia region “reflects Turkey’s tourism diversity,” he said: “In these nine provinces, more than 18.5 million liras (approx. $2.1 million) of the project and application aid was provided to 611 immovable cultural assets, and approximately 152 million liras (around $17.3 million) was allocated for landscaping and infrastructure applications.”

The event was also attended by the Minister of Industry and Technology, Mustafa Varank, who said: “By preserving the cultural and natural heritage, we want to make Mesopotamia a global brand, to engrave it in people’s minds, and to ensure that more people visit these places and collect unforgettable memories.”

Erin said the nine provinces of the region included in the project can get the share they deserve from the growing tourism economy with the synergy they will create under the “Mesopotamia” brand.

Turkey: Academic who beat virus urges all to stay put