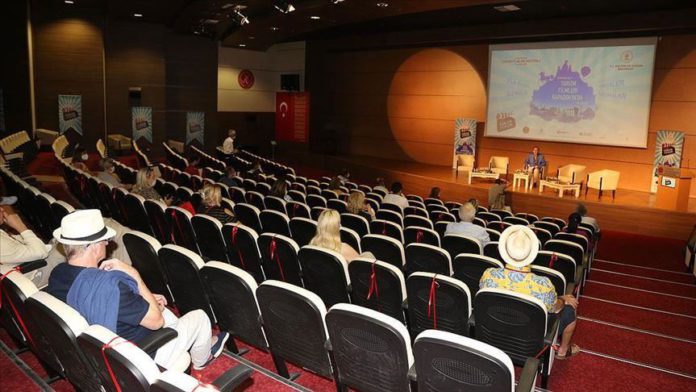 The International Tourism Film Festival being held in Turkey’s picturesque Cappadocia region continued on Wednesday with a conference on tourism promotion.

Speaking to reporters following the event titled Tourism Promotion Strategies, Alexander Kammel, the director of the International Committee of Tourism Film Festivals (CIFFT) said the winning films would have a striking effect on tourism.

Kammel said jury members from the US and other countries came together in the central Turkish province of Nevsehir for the festival.

The festival’s president, Can Saracoglu, highlighted the event’s importance for the promotion of Turkey and Cappadocia.

“All over the world, we’ll endeavor to publicize Cappadocia’s spectacular atmosphere and Turkey’s cultural and touristic potential,” Saracoglu said.

“We’re working to create a brimming organization,” he added.

“In Nevsehir, the festival will end with an award ceremony, following film screenings and various activities in accordance with social distance rules,” he explained.

Saracoglu said 28 awards would be given in seven main categories. “We’re both promoting the tourism industry and crowning it with awards.”

The festival will end with the award ceremony at the Pasabagi archeological site on Friday.

Cappadocia is a UNESCO World Heritage site famous for its chimney rocks, hot air balloon trips, underground cities, and boutique hotels carved into the rocks. It is one of Turkey’s most important touristic regions.