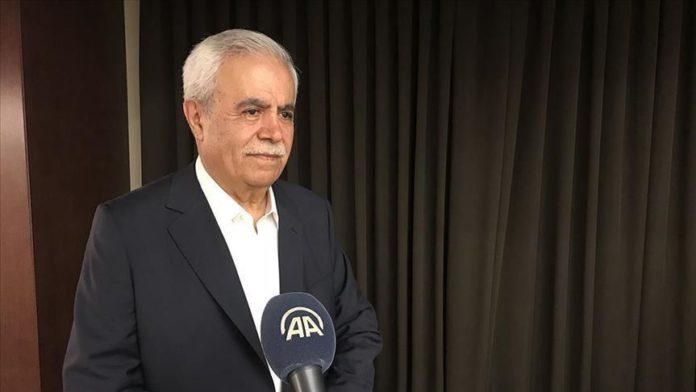 A rights group in Turkey offered its “deepest condolences” Wednesday to the victims of an enormous explosion in Beirut that sent much of the Lebanese capital reeling.

“We wish mercy from Allah to our brothers and sisters who died due to the incident, and urgent healing to the wounded,” Necati Ceylan, lawyer and secretary-general of the International Jurists Union, said in a written statement.

Citing “allegations that the explosion is committed by some organizations or states,” the organization “strongly condemned” the perpetrators of the incident, which it said amounted to a “crime against humanity.”

The statement urged authorities to meticulously investigate, prosecute and punish the perpetrators and instigators of the explosion.

It voiced solidarity with Lebanon and reiterated the group’s determination to provide all manner of support to its people.

“We will defend their rights in every national and international court and platform,” the statement said.

A fire at a warehouse containing explosives at the Port of Beirut led to a massive blast Tuesday, leaving 113 people dead and nearly 4,000 injured.

The explosion caused massive material damage in several neighborhoods of the capital.

Lebanese President Michel Aoun cited ammonium nitrate as the source of the explosion, which leveled a three-story building and was heard across the city and its suburbs.

The Supreme Defense Council in Lebanon has declared Beirut a disaster zone and announced a two-week state of emergency in the capital.

Tuesday’s explosion deepens the woes of the country that has been suffering from a severe economic crisis and intense political polarization for months.