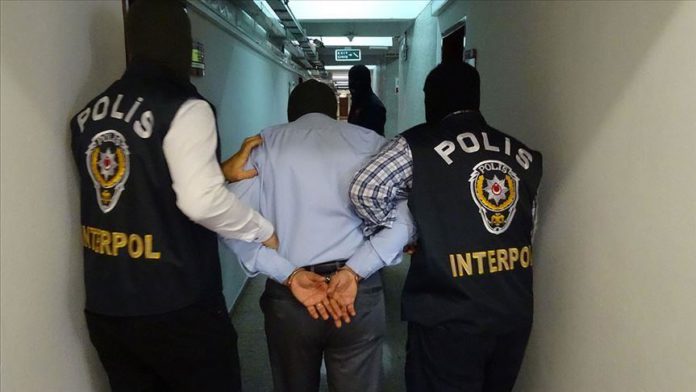 Turkish Interpol as of Wednesday returned 70 wanted fugitives to the country in operations in the first six months of the year.

Following successful missions coordinated with their counterparts from other countries, Turkey’s Interpol-Europol police department brought back the suspected criminals, who allegedly fled the country, between Jan. 1 and July 1.

During the first half of 2020, as a result of operations, a total of 47 suspects were extradited to Turkey, eight were transferred and 15 were deported.

Following procedures, the suspects were referred to judiciary authorities.

Half of the suspects were wanted for public order crimes, 22 for smuggling and 13 for terrorism.

Most suspects were picked up at Turkey’s border crossings with Bulgaria and Georgia as international flights had been restricted due to the novel coronavirus pandemic for the bulk of this period.

EU calls for Navalny’s release on 1st anniversary of arrest

Turkey: Current account balance sees $3.76B gap in May

Babri Mosque case: Those who wrote the judgement