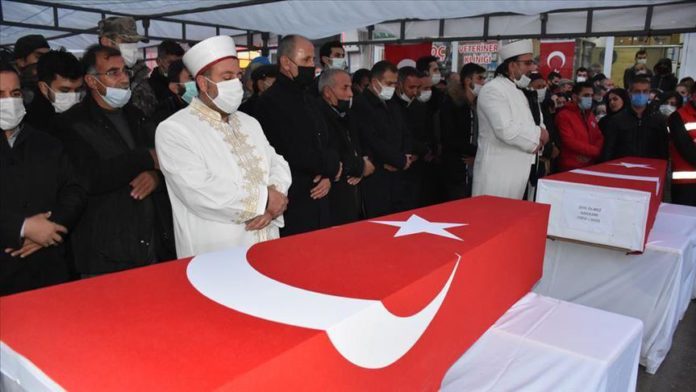 Turkish writers, academics, journalists and lawyers have called for a common consensus against PKK violence and terrorism.

In a statement on Friday, the group called for a “life without violence, terror, blood or weapon” in Turkey.

The call came after three construction workers were martyred in an attack by PKK terrorists in southeastern Turkey earlier this week.

Turkish National Defense Ministry said on Wednesday that five terrorists responsible for the attack were neutralized.

Libyan PM plans to step down by end of October