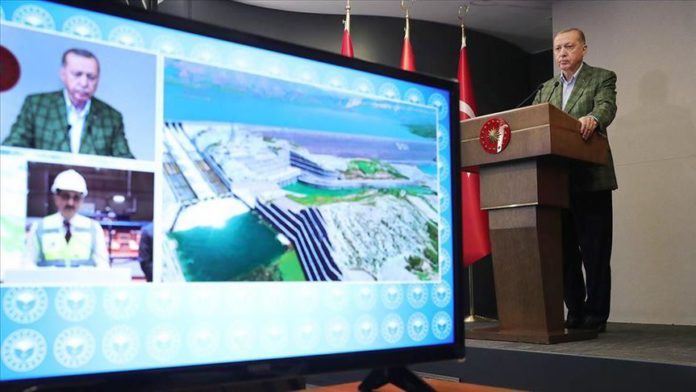 Turkey on Tuesday commissioned the first tribune of the power plant at the Ilisu Dam on the Tigris River in the southeastern Mardin province.

“The wind of peace, brotherhood and prosperity that will blow from the Ilisu Dam will be felt in these lands for centuries,” President Recep Tayyip Erdogan told the ceremony which he attended via a video link.

Turkey has built 585 more dams since 2002, the president said, emphasizing the the nation’s revolution in renewable energy.

The new dam is expected to contribute 2.8 billion Turkish liras (over $413 million) to the Turkish economy, Erdogan said.

“By discharging the water collected here to the Cizre Dam, which we will soon build, we will both generate 1.1 billion kilowatt/hour energy and irrigate 765,000 decares of land,” he added.