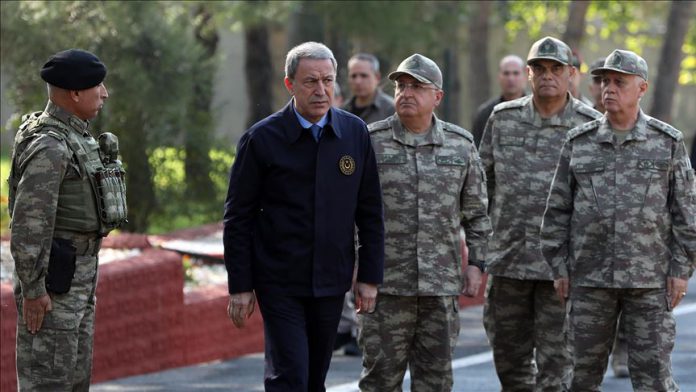 Turkey is in talks with Russia on handing over 18 Syrian regime army members who were captured during search activities southeast of Ras Al-Ayn, Syria, in the area of Turkey’s Operation Peace Spring, Turkey’s defense minister said on Thursday.

“There are talks with Russians on the handover of 18 people, who were learned to be regime army members, to Russians,” Hulusi Akar said during the inspection of border troops in Turkey’s Sanliurfa province, near the border with Syria.

“We presented the developments about the issue to our President [Recep Tayyip Erdogan] and received instructions,” Akar said.

Read more: Turkey in talks with Russia to hand over 18 regime elements