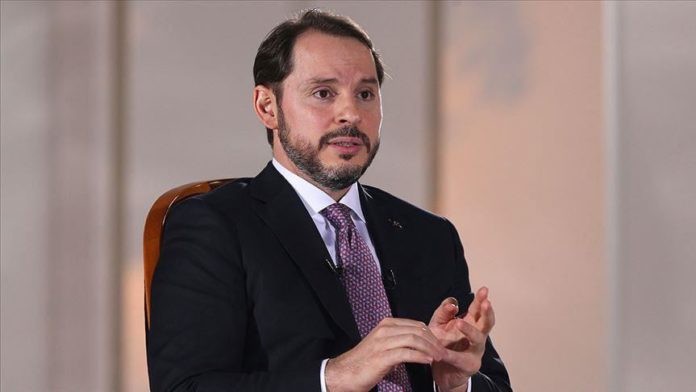 Turkey is conducting talks to establish swap lines with members of G20, with more than one swap line possible, said the country’s treasury and finance minister.

“We are doing one-to-one swap negotiations with G20 countries with which we have a trade deficit and a free trade agreement,” Berat Albayrak said in a closed-door online meeting with international investors.

He also said Turkey did not plan to negotiate swap lines with the International Monetary Fund (IMF).

The country’s reserves are sufficient, Albayrak stressed, adding that banks and the private sector were easily able to roll over their debt.

He noted that economic activity would return to normal in the second half of this year at the latest.

Previously, Murat Uysal, the Turkish Central Bank governor, denied that the country was not in negotiations with the IMF for resource or swap lines, but was in contact with its global counterparts to establish new swap agreements amid the coronavirus pandemic.

* Writing and contributions by Gokhan Ergocun

Turkey marks day of honor for lives dedicated to news