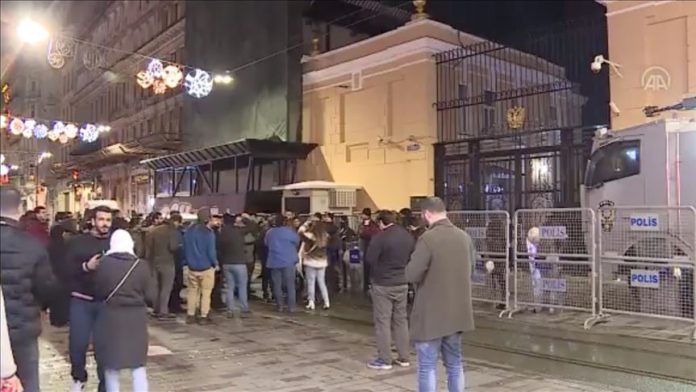 A group of people on early Friday protested outside the Russian Consulate General in Istanbul against an attack that targeted Turkish troops in northwestern Idlib, Syria.

Chanting slogans against Russia, the protester held Moscow responsible for the loss of Turkish soldiers lives.

At least 29 Turkish soldiers were martyred and 36 others injured in an airstrike by the Bashar al-Assad regime in Idlib, northwestern Syria, a Turkish official said late Thursday.

“The whole world knows that Russia and [Syrian] regime forces were behind the attack,” said Sezgin Celik, one of the protesters.

Celik noted that they would not be

Lakers to sign Russell Westbrook in trade with Wizards