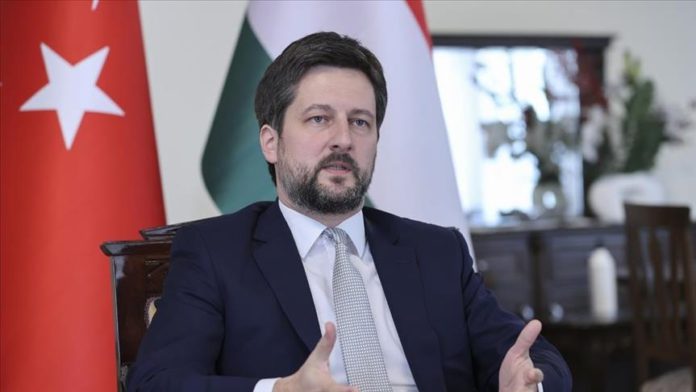 Posting in Turkish, Hungary’s ambassador in Ankara has received significant attention on social media, becoming the most-followed foreign dignitary in the country.

“I currently have 35,000 followers [on Twitter]. Well, I’ve become the most followed ambassador of Hungary and the ambassador who has the most followers in Turkey,” Viktor Matis told Anadolu Agency, recounting how he attained his social media popularity in the country.

Most of the envoy’s posts are in Turkish on Twitter, which he described the area as a “Wild West with no rules.”

Having thousands of followers is a sign of “good relations between Turkey and Hungary,” he said, along with interest towards Hungary in the country.

First appointed to the Ankara mission in 2007, Matis’s tenure was initially to last a year and a half, during which he became fluent in the Turkish language.

When he returned to his country, he enrolled for a second university degree specializing in Turkey, writing his dissertation on the Republic of Turkey’s diplomatic history. In 2019, he was reappointed as ambassador to Turkey.

He noted that many Turcologists were employed in Hungary’s diplomatic missions in Turkey. “I’m just working with three Turcologists in Ankara. Two of our trade attaches are Turcologists.”

There at least 20 diplomats able to speak Turkish working at the Hungarian Foreign Ministry, he said, adding that though none of their Turkish counterparts knew Hungarian yet, he was hopeful that this would soon change.

“Turkey has become a very important actor in the international community, in the region, Europe, Africa, Asia, and the Turkic states.”