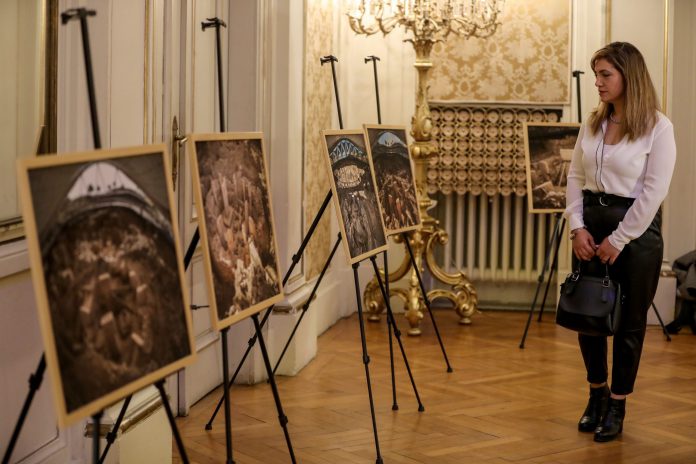 Turkey’s Culture and Tourism Ministry held a photo exhibition and book launch in Istanbul on Wednesday on Gobeklitepe, the world’s oldest temple.

The more than 10,000-year-old site was unearthed in southeastern Turkey changing the way how archaeologists think about the origins of civilizations.

Earlier, it was thought that when hunter-gatherers settled down and grew crops the food surplus paved the way for complex societies. Now, scholars argue that organized religion forced people to settle down, pushing them to develop agriculture as a way of living.

We live on a territory with extraordinary cultural and historical wealth, said Nadir