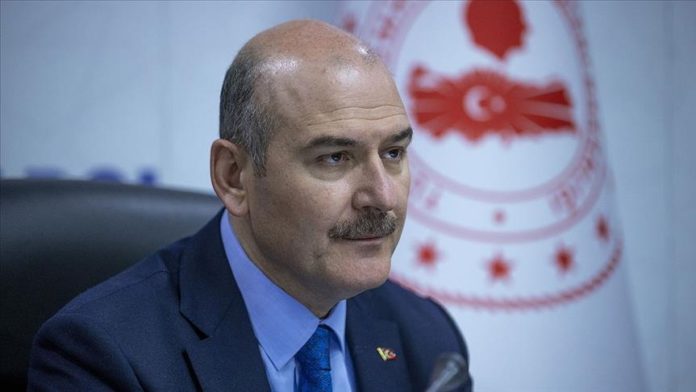 “The number of Syrians under temporary protection in our country is 3,664,873,” Suleyman Soylu said, addressing immigration officials in the northwestern Balikesir province at an annual evaluation meeting.

The number of foreigners in Turkey with a residence or work permit currently stands at 1,032,348, Soylu noted.

Criticizing the West, he said they are busy managing the pandemic crisis, but ignoring the migration crisis.

“Not only originating from Syria, but there is a migration issue also in Africa, the Middle East, and South America,” he added.

He noted that Turkey is the country hosting the largest number of refugees in the world.

“We want to warn Europe from here again, this Frontex organization [EU border agency] has been engraved in your history as a black mark, as another exploitative behavior in your history,” he said.