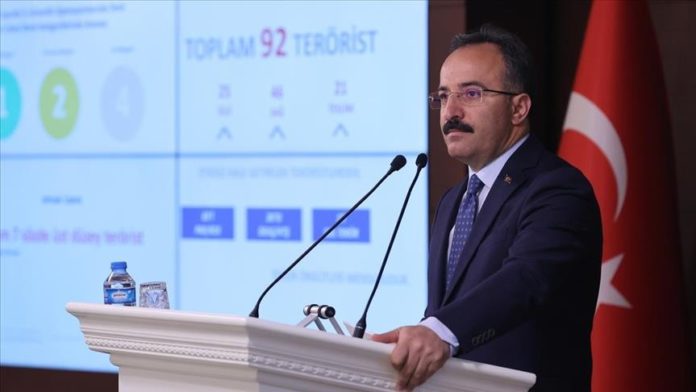 Turkey has held nearly 95,000 irregular migrants since the start of this year, the country’s deputy interior minister said on Monday.

A total of 94,915 irregular migrants, including 40,098 Afghans, have been held since the beginning of the year, Ismail Catakli told a monthly news conference in the capital Ankara.

Regarding the developments in Afghanistan and the possibility of political instability triggering migration movements, he said the ministry closely follows the situation.

The Taliban seized control of Afghanistan after taking Kabul on Aug. 15, with the president and other top officials fleeing the country.

Turkey prevented the illegal entry of more than 505,000 foreign nationals through its borders in 2020, he said, adding that this year the number is around 307,800.

“Recent claims of an abnormal rise (in irregular migrants at borders) are not confirmed by figures,” he stressed.

Turkey, which already hosts 4 million refugees, more than any country in the world, is taking new security measures on its borders to prevent a fresh influx of migrants.

On Turkey’s anti-terror internal operations carried out in August, he said 98 terrorists, including seven so-called senior terrorists, were neutralized, while a total of 24 terrorists surrendered to security forces, and 18 terrorist actions were prevented.