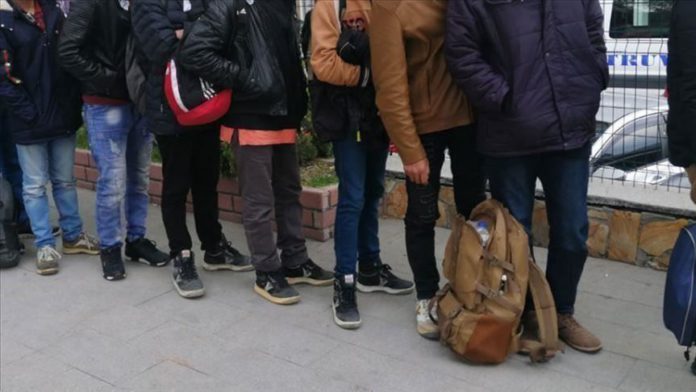 A total of 65 irregular migrants were held in Turkey’s eastern province of Van on Saturday.

In a statement, the provincial security directorate said security forces stopped a suspicious minibus in the Ipekyolu district.

The 15-person minibus was carrying 24 Afghans, 20 Pakistanis, seven Syrians, 12 Bangladeshis, and two Myanmar nationals, all of whom entered the country illegally.

The minibus driver, identified as M.G., was arrested.

The irregular migrants were later referred to the provincial migration directorate.