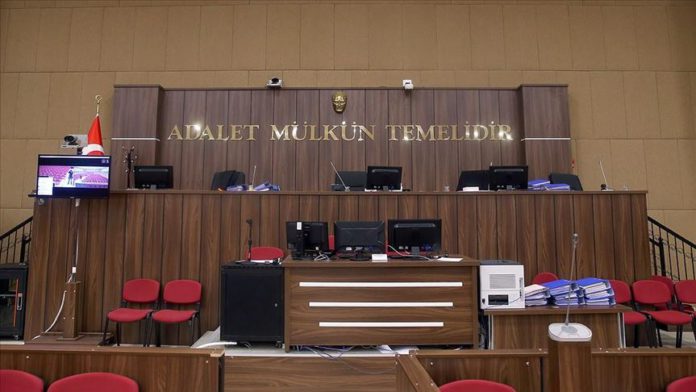 An appeal by a former lawmaker in Turkey on a decision for a retrial for allegedly disclosing confidential information was rejected by a higher court Friday.

Lawyers for Enis Berberoglu, an ex-legislator for the main opposition Republican People’s Party (CHP), appealed an earlier ruling by an Istanbul court that there was no need to again stand trial.

The High Court rejected the appeal “decreeing as it is not necessitated.” It also decided that Berberoglu may submit to Istanbul’s 2nd Criminal Division of the Regional Court of Justice a request for further action on the decision of Turkey’s Constitutional Court.

Parliament Speaker Mustafa Sentop said the decision of the Constitutional Court is binding.

“The court must comply with this decision,” he said.

Turkey’s Constitutional Court ruled Sept. 17 that Berberoglu’s right to be elected and engage in political activities and right to personal liberty and security was violated during his trial.

The Constitutional Court sent a copy of the ruling to Istanbul 14th High Criminal Court for a retrial to eliminate the consequences of the violation.

The lower court ruled Oct. 13 that Berberoglu, who in 2017 was sentenced to nearly six years in prison for leaking state secrets, did not need a new trial.

In the Oct. 13 ruling, the Istanbul court said the Constitutional Court’s duty was to identify the violation in the case and guide the court on how to remove or stop the violation.

It argued that the Constitutional Court’s order for a retrial “is interference in the decision made within the jurisdiction of our court.”

Gendarmerie officers affiliated with the Fetullah Terrorist Organization (FETO) stopped the MIT trucks, despite government orders to let them pass.

FETO and its US-based leader, Fetullah Gulen, orchestrated a July 15, 2016, defeated coup in Turkey that left 251 people martyred and nearly 2,200 injured. The group is also accused of extensive infiltration of state institutions.