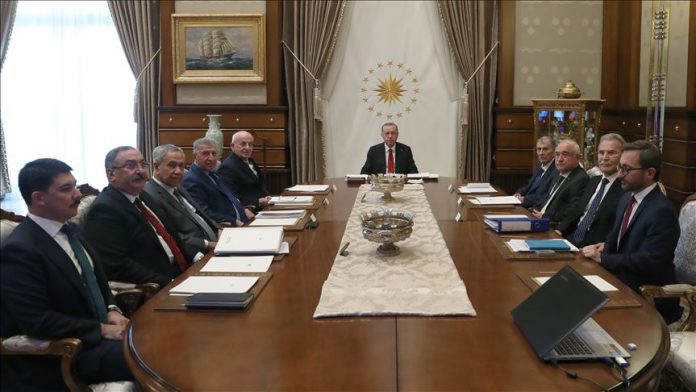 The high advisory board of Turkish presidency held a meeting on Tuesday to discuss the regional and international reactions on Turkey’s anti-terror operation in Syria and its fight against Fetullah Terrorist Organization (FETO).

In the meeting, the board members emphasized that attitudes or behaviors that have the potential to weaken the struggle against FETO — the group behind 2016 defeated coup in Turkey — will never be allowed.

In a statement following the meeting, Turkey’s Communications Director Fahrettin Altun noted that the decisive struggle against FETO would never be compromised.