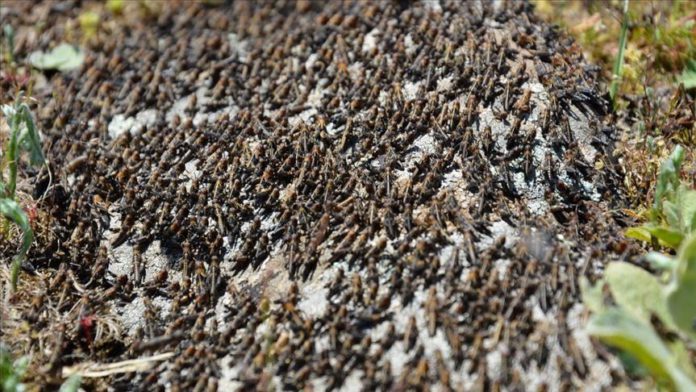 Turkey has offered its expertise to Pakistan in its fight against a massive locust onslaught, which has destroyed large swathes of crops across the country.

The aircraft was airlifted to Pakistan from Turkey’s southern province of Adana, said a PAF statement.

The aircraft would be assembled before its departure for the pest infected areas in the country, especially southern Sindh and northeastern Punjab provinces.

“Turkey and Pakistan are all weather friends and this gesture would help improve a comprehensive pest control system to overcome the locust plague,” the statement added.

This is the second locust attack on Pakistan in less than three months.

The fresh onslaught came at a time when the South Asian nuclear state is struggling to contain the fast-spreading coronavirus pandemic, which has infected 22,550 people and caused 525 deaths so far.