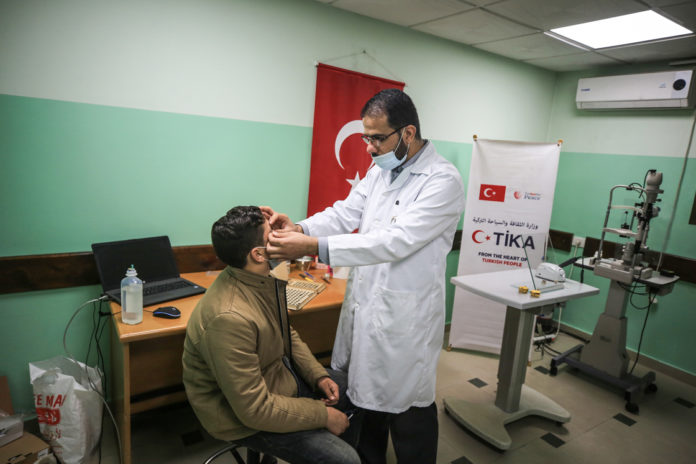 Turkey is helping Palestinians in Gaza who need eye removal surgeries and ocular prostheses due to severe injuries suffered in Israeli attacks.

Badly damaged eyes have to be surgically removed and replaced with prosthetic ones, and the Turkish Cooperation and Coordination Agency (TIKA) is financing the procedure for 10 Palestinians, the agency said in a statement.

A Palestinian group estimates that at least 300 people in Gaza have lost their eyes due to Israeli attacks, with many unable to afford the costly enucleation and artificial implant.

Allam al-Aga, who specializes in making and implanting ocular prostheses, is leading the process at the General Service Association Hospital in Gaza, read the statement.

According to Aga, prosthetic eyes are an “urgent necessity” in Palestine due to Israel’s growing aggression. 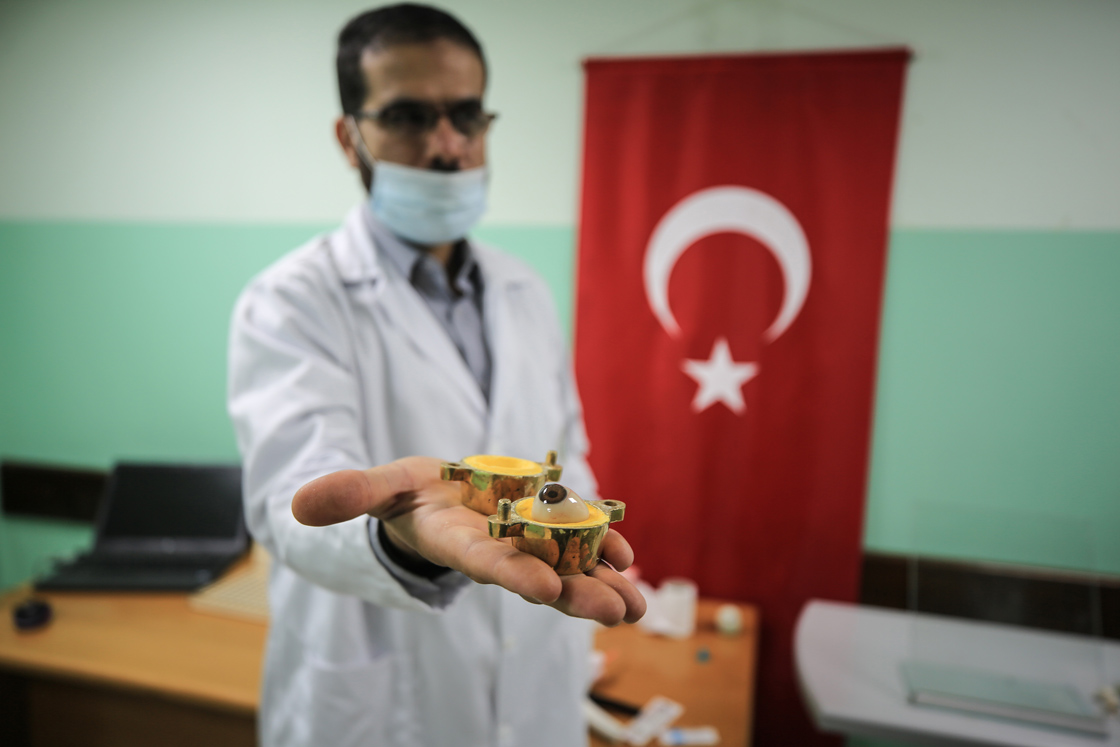 Abdullah al-Haccar, the head of the Salamet Foundation that is leading the project with TIKA’s support, said the initiative will go a long way in easing the suffering of Palestinians injured by Israeli forces.

Rani al-Behensavi, a 15-year-old Palestinian, lost his left when he was shot by Israeli soldiers during the Great March of Return protests last year.

“My family couldn’t afford to buy a prosthetic eye for me, since it costs thousands of dollars. I am very happy and grateful for this project,” he said.